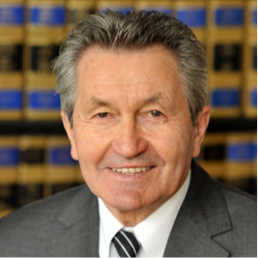 Registered with the Slovak Bar Association under No. 0001

He graduated from the Faculty of Law of Comenius University in Bratislava in 1969, where he was also awarded a Doctor of Laws degree.

After his studies, he worked as an associate attorney with the Regional Association of Attorneys in Bratislava, where he later worked as an attorney from 1972 to 1990.

He is also a member of the Court of Arbitration of the Slovak Chamber of Commerce and Industry in Bratislava. 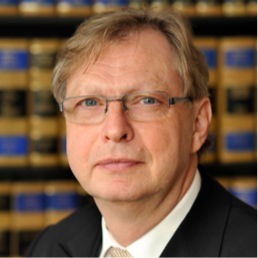 Registered with the Slovak Bar Association under No. 0335

After finishing his studies at the Faculty of Law of Comenius University in Bratislava in 1980, he was awared the Doctor of Laws degree in 1981. In 1980 he started to work as a judge candidate at the Regional Court in Bratislava. In 1981 he took up work as an associate attorney and in 1983 he became an attorney. Until 1991 he was a member of the Regional Association of Attorneys. In 1990 he participated in the drafting of the new Act on Advocacy.

Dr. Ludik is one of the founding partners of DETVAI LUDIK MALÝ. He has extensive experience in the area of civil law, commercial law, financial law, administrative law and family law, and also deals with civil and administrative actions, including claims for damages caused under a public-law relationship. He also focuses on the assertion of rights to real and personal property, including declaratory actions and exercising rights of lien. He also represents clients in arbitration proceedings.

Besides civil law, the main focus of his work concerns banking and finance, tax and insurance law, including representation of banks, insurance companies and leasing companies. This also encompasses the management of claims, mergers and demergers of financial institutions, and special financial transactions. He also represents clients in the automotive industry.

From 1992 he served several terms as a member of an auditing committee of the Slovak Bar Association.

Registered with the Slovak Bar Association under No. 6820

Prior to earning his law degree, he worked as a legal assistant since 2005. Since joining DETVAI LUDIK MALY in 2008, he has advised clients from automotive and heavy industry, healthcare and pharma, banking and finance.

Jakub focuses his practice on corporate and project finance, mergers and acquisitions (M&A), insurance and risk management, labour and employment including employee participation and remuneration schemes. He has successfully represented clients in various high profile litigation cases. Jakub became a partner of the firm in 2014.

As a part of his volunteer work and pro bono acitvities, Jakub advises various NGOs and non-profit organizations as well as disadvantaged individuals.

GO AHEAD. WE’VE GOT YOUR BACK.